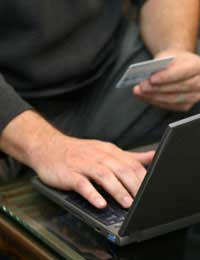 The secondary ticket market is a particularly contentious issue - do touts perform a necessary service or are they effectively destroying the fair sale of event tickets, and depriving the genuine fans?

Although never well thought of, the tout has arguably always performed a useful service without causing major disruption or upset. If somebody wants concert tickets to a sold out event so much that they are willing to pay over the sale price, the tout steps in and makes a deal.

In the absence of a proper venue returns service, they also perform a necessary role in unwanted ticket redistribution; a ticket holder might find they are unable to attend the event after all, but doesn’t want to lose out or let their seat go to waste.

The problem now is that the internet has made buying and selling tickets so easy that anyone can make good money being a tout. There are currently so many touts plying their trade on the secondary market that the natural order has been unbalanced.

The Scourge of the Bedroom Ticket Tout

Gone are the days when a tout has to spend their evenings standing outside a venue hawking second hand tickets. It can now be done from the comfort of their own bedroom. Simply buy tickets for sell-out events as soon as they go on sale, put them up on an auction website like eBay, and then just sit back and watch as the fans fight over them.

It is not the traditional sheepskin-coated tout that is responsible for the current unrest around ticket resale, but these ‘bedroom ticket touts’. When an event sells out it is not uncommon for 30 to 40% of the tickets to have been bought out by non-fans who are only out to exploit the fans that weren’t so quick.

The artists and promoters are irritated because a large part of the revenue generated by their event is disappearing into the pockets of these anonymous secondary market middlemen. The fans are annoyed because many of the tickets meant for them are being held to ransom by profiteering non-fans.

Greedy Capitalism Vs the Equality of the Arts

It could be argued that far from being an unfair market, this is just basic economics. It follows the principle of the auction sites themselves - the greater the demand, the more people should pay. The person that wants the ticket the most should be the one willing to pay the most.

But many see this as greedy capitalism triumphing over socialist equality. After all it doesn’t mean the biggest fans get the tickets, only those with the most money; a £40 concert ticket is worth a lot more to a shelf-stacking teen than it does to a city banker for instance.

The model may make economic sense to the money-makers but it doesn’t fit the mould of the event experience. Many believe the arts are for the public and not the privileged.

Up until the internet turned ticket selling on its head, the rule of ‘first come first served’ was the general way of marking the real fans out from the chancers. Newspapers used to abound with stories of crazy fans camping overnight outside the box office in a bid to secure a hallowed ticket.

But in this era of the secondary market ticket scourge, all you need to prove your super fan status is enough money. Ultimately the fans that lose out are those that don’t want to pay hundreds of pounds for U2, Madonna or Police tickets, whether because they can’t afford it or they think it’s not on.